Showing posts from February, 2010
Show all

February 26, 2010
The start of a new series of mine about the frivolities of acting. Enjoy, -Asher
Post a Comment
Read more on Hype Williams & Auto-Tune. Hats off to Jamie Foxx though. So it took me 7 or 10 months to see the video, now that I did I love it. Although I don't know if they're serious or not, but as viewer watching Ron Howard roll gangsta to a club with Forest is hilarious. Another point that makes me wonder is that aside from the A+ cameos, it looks like it was made for $50. If anything it is a great use of editing. Jaime beholds the gift of T-Pain and Auto-Tune and gets the party started. I just don't know what to think, but I'll keep watching. Watch for Morris Chestnut , a woman who looks a hell of a lot like Rihanna , Quincy Jones , Bill Bellamy (!), Jermaine Dupri and my longtime favorite, Garrett Morris and yes, even Cedric the Entertainer drops in. Oh yeah, T-Pain , Sam Jackson & Jake Gyllanhaal are in it too. ;-p comments welcome.
Post a Comment
Read more

The Year of the Tiger 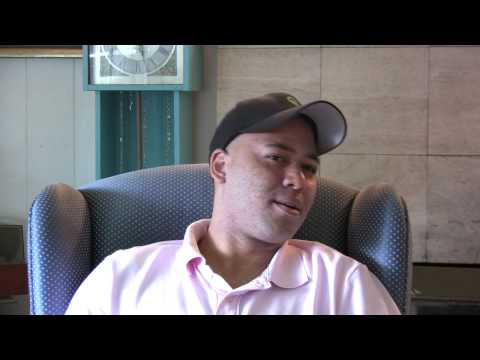 "I'm so sorry I banged so many hot girls...and got caught. I'm sorry I'm such a good golfer, otherwise none of you would care. Now I need a hug" -Tiger Woods "I'm sorry anyone cares." -Me The Chinese New Year was just rung in and to everyone's delight, it is the Year of the Tiger . Celebrate with me by watching the new video about Tiger below. MUG SHOT "So my life blows right now."
Post a Comment
Read more And now a blog for the women: Today is Valentine's Day , the day on which we celebrate love, especially romantic love. The holiday was named after an early Christian priest, St. Valentine, who was martyred on February 14 in 269 A.D. The tradition of exchanging love notes on Valentine's Day originates from the martyr Valentine himself. The legend maintains that due to a shortage of enlistments, Emperor Claudius II forbade single men to get married in an effort to bolster his struggling army. Seeing this act as a grave injustice, Valentine performed clandestine wedding rituals in defiance of the emperor. Valentine was discovered, imprisoned, and sentenced to death by beheading. While awaiting his fate in his cell, it is believed that Valentine fell in love with the daughter of a prison guard, who would come and visit him. On the day of his death, Valentine left a note for the young woman professing his undying devotion signed "Love from your Valentine." Poets Rober
Post a Comment
Read more Love Sick Words and music by Bob Dylan I'm walking, through streets that are dead Walking, walking with you in my head My feet are so tired My brain is so wired And the clouds are weeping Did I, hear someone tell a lie Did I, hear someone's distant cry I spoke like a child; You destroyed me with a smile while I was sleeping I'm sick of love But I'm in the thick of it This kind of love I'm so sick of it I see, I see lovers in the meadow I see, I see silhouettes in the window I watch them 'til they're gone and they leave me hangin' on to a shadow I'm sick of love I hear the clock tick this kind of love I'm lovesick Sometimes the silence can be like thunder Sometimes I wanna take to the road and plunder Could you ever be true? I think of you and I wonder I'm sick of love I wish I'd never met you I'm sick of love I'm tryin' to forget you Just don't know what to do I'd give anything to be with you Followe
Post a Comment
Read more A Man Alone by Stephen Orlen I hated breaking up and I hated Being left, finding myself in an apartment With an extra set of silverware and a ghost, Impatient to be gone. Then to summon up Who I was before the bed was full with woman. To shift the street-mind from getting to To slowing down and window shop. In the bar down the street, To let my eyes simplify again, and make no judgments, And breathe in the smoke that drifts Through one body then another, And find myself close enough To whisper into a woman's just-washed hair And inhale that ten thousand year old scent. To memorize a phone number. To learn to say goodnight at her door. To keep my hands in my pockets, like a boy. To open the heart, only a little at a time. "A Man Alone" by Steve Orlen
Post a Comment
Read more

"This Year's Valentine" by Philip Appleman They could pump frenzy into air ducts and rage into reservoirs, dynamite dams and drown cities, cry fire in theaters as the victims are burning, but I will find my way through blackened streets and kneel down at your side. They could jump the median, head-on, and obliterate the future, fit .45's to the hands of kids and skate them off to school, flip live butts into tinderbox forests and hellfire half the heavens, but in the rubble of smoking cottages I will hold you in my arms. They could send kidnappers to kindergartens and pedophiles to playgrounds, wrap themselves in Old Glory and gut the Bill of Rights, pound the door with holy screed and put an end to reason, but I will cut through their curtains of cunning and find you somewhere in the moonlight. Whatever they do with their anthrax or chainsaws, however they strip-search or brainwash
Post a Comment
Read more
More posts