Showing posts from September, 2008
Show all

Bush "The financial structures are interlinked." 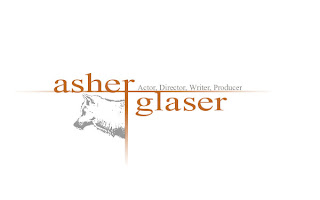 Being a friend and admirer of wolves, they have come to me to deliver their message: Keep wolves OUT of campaign ads. They are not republican or even democrat. They just want to be left alone in the woods to hunt and be awesome. Take heed to the wolves call. They will bite you and bite you hard. You saw Teen Wolf , so that should be fair warning.
Post a Comment
Read more

5 Stars. Perfect. Couldn't have said it better myself.

September 07, 2008
McCain chooses the 'if you can't beat em join 'em' technique. Out of the blue, McCain adopted the change mantra. Is he aware of which campaign he on? What happened to Country First? Or more appropriately, Team America: Fuck Yeah! The gloating circus that was the Republican convention seemed to have worked. On the average, as of today, Sept. 7, 2008 McCain/Stalin is up 1 point. That's pretty impressive since Obama was up about 7 or 8 points before the "pit bull" gave her speech. What's more impressive is that people are buying it. Over the course of the GOP convention I kept shaking my head at the TV and eventually turned it off. Their whole strategy is based on people not thinking, and creating chants based on emotions. Doubly odd is the fact that McCain gave one of the weakest acceptance speeches in history. This is the time that the nominee is to lay out their platform for what they are going to do for the country and get down to it. What
Post a Comment
Read more

September 04, 2008
I think this is both hilarious and awesome. Check this out: (CNN) – Barack Obama's campaign for president has raised $10 million since Republican vice-presidential candidate Sarah Palin spoke Wednesday night, the campaign announced, calling it a " one-day record ." Palin, the governor of Alaska, launched harsh attacks on Obama, accusing him of being two-faced and a political lightweight with no significant legislative accomplishments. "Coverage of the Palin attacks on the news this evening just pushed us over $10 million," Obama spokeswoman Jen Psaki said in an e-mail to reporters Wednesday night. The Republican Party announced earlier in the day it had raised $1 million in the wake of Palin's speech. *** >>>That's 10 to 1 people. 10 to 1. I never thought this was possible. I know Reps must be quaking in their boots to think that this "no experience" Dem out earns them at such an alarming rate. And what is the deal with all
Post a Comment
Read more

Why the media should apologize

September 04, 2008
by Roger Simon, from Politico.com Sarah Palin gave a really good speech. Why go beyond that, asks Simon. ST. PAUL, Minn. — On behalf of the media, I would like to say we are sorry. On behalf of the elite media, I would like to say we are very sorry. We have asked questions this week that we should never have asked. We have asked pathetic questions like: Who is Sarah Palin? What is her record? Where does she stand on the issues? And is she is qualified to be a heartbeat away from the presidency? We have asked mean questions like: How well did John McCain know her before he selected her? How well did his campaign vet her? And was she his first choice? Bad questions. Bad media. Bad. It is not our job to ask questions. Or it shouldn’t be. To hear from the pols at the Republican National Convention this week, our job is to endorse and support the decisions of the pols. Sarah Palin hit the nail on the head Wednesday night (and several in the audience wish she had hit some reporter
Post a Comment
Read more

Palin Does Not Understand True Importance of Community Organizers

September 04, 2008
by Patrick Kelty "What does a community organizer do?" asked Sarah Palin, the Republican vice presidential nominee who possesses so much experience that she has been completely sheltered from the press since the moment she was presented as Sen. John McCain's running mate. A community organizer is someone who if committed has a much more direct and tangible impact on people's (fellow American citizens) lives. The irony of Palin's ignorance is that during the same speech in which she proclaimed to be a fighter for the "regular American" and introduced her husband as a proud member of the Steelworkers union, she attempted to diminish and belittle the efforts of someone whose first path in public service was to assist many of people she now claims to be fighting for. It was also interesting to hear Rudy Giuliani mock Obama as someone who doesn't know how to run anything and is short on national security judgment. This is an individual who "ran&quo
Post a Comment
Read more

Steelworkers President To Palin: ‘Stop Using Your Husband’s Membership In The USW As A Prop’

September 04, 2008
Love this comment: "McCain may not be Bush, but Palin sure seems to be. No accountability, no answering questions, no acceptance that the media even has a role in honest society. In fact, no acceptance that truth or honesty have any merit whatsoever." From ThinkProgress.org When Sen. John McCain (R-AZ) introduced Gov. Sarah Palin as his running mate, he trumpeted her husband’s union membership: “The person I’m about to introduce to you was a union member and is married to a union member, and understands the problems, the hopes and the values of working people,” he said. That day, and again last night, Palin also emphasized that her husband is “a proud member of the United Steelworkers Union.” Conservatives are hoping the reference will play well in Michigan and Ohio. But the United Steelworkers union (USW) isn’t so pleased. USW President Leo Gerard noted that just because Todd Palin is a union member doesn’t mean that Palin is automatically qualified to represent labor i
Post a Comment
Read more

September 04, 2008
I wish this was the nightly news. It has more truth, research and facts.
Post a Comment
Read more

September 04, 2008
It should, because it was written by a Bush writer. The Obama camp issued a statement in response to the speech: "The speech that Governor Palin gave was well delivered, but it was written by George Bush's speechwriter and sounds exactly like the same divisive, partisan attacks we've heard from George Bush for the last eight years. If Governor Palin and John McCain want to define 'change' as voting with George Bush 90% of the time, that's their choice, but we don't think the American people are ready to take a 10% chance on change." The best part of the several lies she spilled, were 2 stand outs: PALIN: “I suspended the state fuel tax, and championed reform to end the abuses of earmark spending by Congress.” Well, so far she has requested $589 Million in Federal Pork projects, and $197 Million for next year. So many earmarks in fact that she was criticized on it by non other than JOHN MCCAIN! PALIN: “In fact, I told Congress — I told Congress,
Post a Comment
Read more Hard Times Hitting Students and Schools in Double Blow Tyler Bissmeyer for The New York Times Marjorie Allgood in Louisville, Ky., where a record number of students qualify for free meals. By SAM DILLON Published: August 31, 2008 LOUISVILLE, Ky. — With mortgage foreclosures throwing hundreds of families out of their homes here each month, dismayed school officials say they are feeling the upheaval: record numbers of students turning up for classes this fall are homeless or poor enough to qualify for free meals. “We’re seeing a lot more children in poverty,” said Lauren Roberts, spokeswoman for the Jefferson County school system, a 98,000-student district that includes Louisville and its suburbs. At the same time, the district is struggling with its own financial problems. Responding to a cut of $43 million by the state in education spending and to higher energy and other costs, school officials in Jefferson County have raised lunch prices, eliminated 17 buses by reorganizing route
Post a Comment
Read more
More posts